WHENRUBYREADS : ROBIN SHARMA -- : The Monk Who Sold His Ferrari (Part-1)

THE MONK WHO SOLD HIS FERRARI

The monk who sold his ferrari is a very good self help book written by Robin Sharma in 1999. 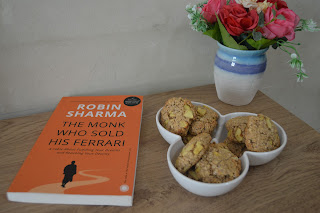 This book has two characters JULIAN MANTLE and his good friend JOHN. Julian Mantle was a lawyer and John is a lawyer.

The story begins with the scene where Julian Mantle collapsed in the middle of the courtroom. Julian Mantle suffered from a heart attack. At the age of 53 he looked in his late seventies. He was a career focused person, who spent most of the time in the court. He gave very less time to himself and his family, although he didn't have one, because he couldn't make one.

After the heart attack Julian headed towards the east, to India on some expedition. When he came back from India, he first met his friend John. 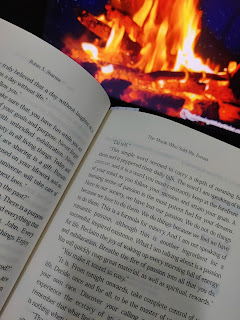 John was having, a busy morning as usual  when his assistant Genevieve entered the room and informed John that there was a visitor who wanted to meet him. John initially denied but later agreed and asked his assistant to let the person come inside.

At first John couldn't recognize the person but later couldn't believe his eyes after realizing that it was Julian Mantle, in a completely different physical appearance.

They had a conversation and then decided to meet at John's house. The whole book is based on this one night that Julian spent sharing his reason of transformation with John.

The journey that he shared was very inspiring and motivating. Any person of any age can read this book and learn a lot of tips and methods to live a happy and healthy life.

If you ever get a chance, I highly recommend you to go ahead and read this wonderful book. 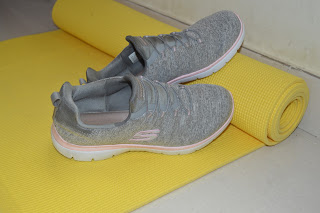